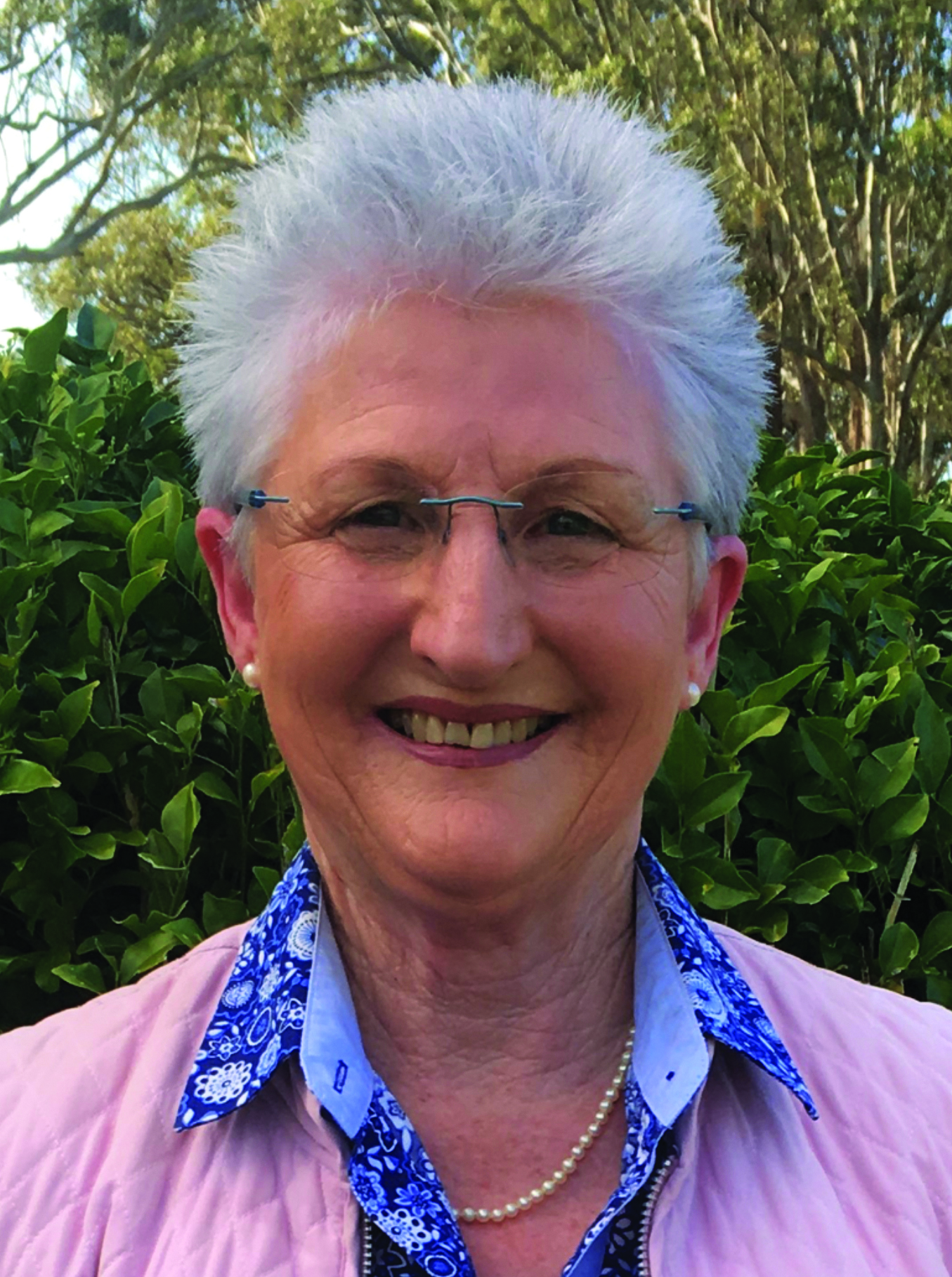 Janet was born in Nowra, the second child to Nancy & Keith Miller.  Her siblings being Margaret (Pottie), Judith (Ingall), and John Miller. They were all raised on the family dairy farm “Broughton Mill” in Wharf Road.

Janet attended Berry Public School and then SCEGGS for her high school years where she was a weekly boarder that enabled her to come home on the weekends and enjoy the outdoor life on the farm.

The show has always been part of Janet’s life since she was born as both her mother and father were heavily committed to the Show movement.

The family exhibited their Illawarra Shorthorns and their Friesian cattle regularly in the show circuit of Kiama, Berry, Nowra, Kangaroo Valley and Milton.  Janet recalls the excitement weeks before the shows and getting the cattle and the equipment ready for the show.  The cows had to be broken in and taught to lead and the leather halters had to be oiled and polished.

Then there was organising what she was going to exhibit in the pavilion.  Cooking, flowers, sewing and being a member of the Junior Farmers (Rural Youth) there was always a special project to prepare and enter.

‘The show weekend was always very exciting. We would spend all day Friday and Saturday at the show.  Helping with the cattle, morning teas and the official luncheon.  In the early days my grandmother Winnie Miller was in charge of the catering for the Official Luncheon, which was held in the Presbyterian Church hall opposite the showground.  We would take a picnic tea and set up our table and chairs beside the car which was parked around the ring and with our relatives from Nowra we would have the best time ever.  Now the Berry Show is so much bigger and cars are not permitted around the ring. It is now filled with people who come and add to the show’s atmosphere.’

In 1972 Janet made her debut at the Berry Show Debutante Ball and in 1975 she was named Berry Showgirl.  In 1990 Janet took on the role of Showgirl Convenor from Sheila Bowden and handed over this role to Pat Guthrie in 2001 when her father’s health was declining and she felt she didn’t have sufficient time to give. Largely due to Janet’s, Sheila’s and Pat’s guidance Berry Show Society has had many successful showgirls who have been selected to compete at the Sydney Royal and Janet believes that the Showgirl competition is a wonderful experience for the local girls, enabling them to be a part of their local show and to become involved in our local community.

It was in 1977 when Janet’s mother passed away and her father Keith became president that Janet became more involved in the running of the show.  Janet and her sisters were available to support their father in his role as President. Being President meant that you were always invited to functions from the other Show Societies within your zone and Janet would attend these functions with her father.

Janet has been involved with stewarding in the Pavilion for many years.  She has been a support in the organising of the Café and the Kiosk and has for some years cooked her renowned passionfruit shortcake for the café.

Janet took over the morning teas for the cattle section from Val Ison, Miriam Ryan and Nora McIntosh and she still sets up in the cattle area on Friday and Saturday mornings as the beef and dairy cattle now have judging on separate days.

For many years Janet has organised the Show raffle.  She took on this role after there were a couple of years where there was no one to organise the raffle and she thought that it was another source of revenue for the show that was not being utilised.

Janet is still very involved in stewarding and exhibiting in the Pavilion.  She loves entering her roses in the cut flower section, decorative flowers and cooking.  She has a regular entry in the Sultana Cake and the Rich Fruit Cake classes.

She has always encouraged her daughter, Jessica, to exhibit and they have a little wager with the Rich Fruit Cake.  In only her second year of exhibiting in this class Jessica won and her cake made it through to the Sydney Royal.  Janet is still striving for that honour.

Janet regularly helps at other Shows, judging the cooking, floral entries and showgirls.

The most exciting thing about the Berry Show for Janet is the fellowship and friendship that is renewed every year and the large number of people who volunteer over the show weekend to make our show amazing. It is because of Janet and others like her that Berry Show is the best in NSW.